Season 2
Titans was renewed for a third season on November 11, 2019.[3] It was originally scheduled to premiere in 2020 on DC Universe. Filming on the season is currently postponed due to the COVID-19 pandemic, with a start date not known as of May 2020.[4] In August 2020, it was announced that all DC Universe originals would be moving to HBO Max.[5] 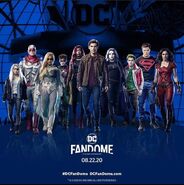 BAWSE Females of Color Within the DC Universe Panel 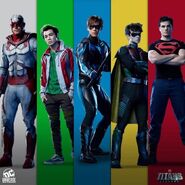 Retrieved from "https://titans.fandom.com/wiki/Season_3?oldid=20058"
Community content is available under CC-BY-SA unless otherwise noted.