"Nuclear Sis" (died 2018) was a member of a brainwashed "family" that used drugs to enhance their physical capabilities.

One day while playing a board game, the family was "activated", traveling from their home in St. Louis to Detroit, in pursuit of a specific girl, Rachel Roth. The family found Detective Amy Rohrbach, the partner of Dick Grayson, who had been protecting the girl in question. "Nuclear Sis" and "Nuclear Biff" began beating up Rohrbach before their mother joined in. They soon found both Grayson and Rachel in Washington, D.C., where they entered a fight, ultimately badly injuring Dawn Granger and taking Rachel with them.[1] They headed to Coolville, Ohio, but after "Nuclear Dad" was killed by Kory Anders and Rachel was taken back, the rest of the family headed to Dr. Adamson in Chicago, Illinois, telling him of the bad news. At first, he was angry, but Adamson ultimately allowed them another chance, also promising them a new father.[2] They returned home, where they were met by their new patriarch, "Nuclear Stepdad". They continued on their mission, visiting Gold Star and beating Gerald for information on Dick Grayson and company. They ultimately found the group holed up at Do-Si-Do Motel, but were quickly overpowered and tied up. Accidentally giving away the location of Dr. Adamson, the family's implanted explosives were detonated, blowing off all of their heads.[3]

When activated for missions, every member of the Nuclear family are given separate syringes to inject an adrenaline like substance that temporary turns their veins the color blue once inserted into the bloodstream which enhances their physical attributes. 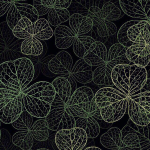 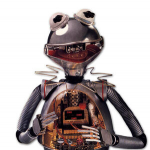